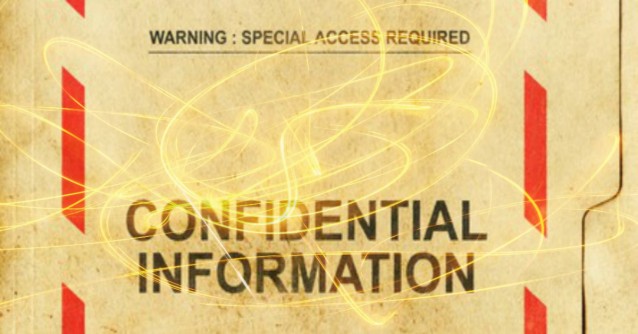 The following report and its contents are classified TOP SECRET under Federal Code 7906-A. The information contained within is the exclusive property of the United States Department of Defense, The Bureau of Magical Affairs, and its branch offices. Any unauthorized release will be prosecuted to the fullest extent of the law. Interviews conducted by professional staff for the purpose of determining the mental status and fitness of key training camp personnel.

INTERVIEWER: Mr. Cho, I’m pleased to make your acquaintance. My name is–

I: Umm–well, that seems rather severe. I may not be that kind of doctor, but you seem in perfect health to me.

LC: Oh, no, sir. That’s your life expectancy. Just a cursory scan. I’m surprised your physician hasn’t told you any of this. I’d be happy to file a report with–

I: No. That’s fine, Mr. Cho. Erm–right. [shuffles notes] You do certainly get to the–uhh–heart of the clinical picture.

LC: Yes, sir. Knowledge is power, and I try to gather all the knowledge I can get. [sits] Now, was there something you wished to discuss with me?

I: Yes, as a matter of fact. Mr. Cho–how should I approach this?

LC: I’d advise head-on, sir. It’s the method of communication I find saves the most time.

I: Of course. And do your fellow scouts appreciate these, shall I say, unvarnished assessments of yours?

LC: [shrugs] I assume they must get the point, sir. After all, I’ve never had anyone ask me for advice twice.

I: Uh-huh. [writes in notes] Mr. Cho, you’re in a rather unique position at Camp Prospero.

I: Simply put, you’re the only non-magical person in camp.

I: What did you think I was referring to?

LC: I assumed my intelligence, sir. To my knowledge, no other Camp Prospero scout consistently tests above genius-level intellect.

I: I see. It appears modesty may not be one of your strong suits, however.

I: And how does that translate into modesty?

LC: Well, as I’m sure you’re aware, sir, my actual IQ is around 197. My therapist has suggested I round down to make people feel less alienated.

I: Bang-up job, son. Now, I’d like to talk about how you feel being the only mundane in a government camp full of wizards. I’m aware the BMA has given you clearance to stay after that–ahem–mix-up your first year and your contributions since, but it’s always a worry. Liability concerns, you see.

I: What makes you say that?

LC: Well, as far as I am aware, sir, my augments make me the equal of a standard Class 3 wizard, as per Bureau protocol. [taps gauntlet] That’s well below any legislative limits for extended supervision. And as you accurately pointed out, I need my equipment to match the abilities of my fellow scouts.

I: Interesting. So you feel pressure to keep up with the truly gifted people surrounding you? It must be frustrating to have an intellect like yours and yet be excluded from that special circle.

LC: With respect, I don’t feel I’m excluded, sir. Jack and Danny and my other friends at camp do very well with consulting me when they require expert advice.

I: That’s not answering my question, Mr. Cho. Do you feel like you can’t measure up to real wizards, in spite of your achievements?

LC: [pauses] My personal feelings are irrelevant, sir. The data suggests that–

I: They’re not irrelevant, Mr. Cho. In fact, they’re the whole point of this interview. Let’s use logic, then. Would you agree that your gauntlet device is, in an objective sense, a powerful piece of technology?

I: And would you agree, objectively, that a 19-year-old boy is not necessarily a steward we as a government should put our trust in to maintain that technology and stop it from falling into the wrong hands?

LC: I fail to see what you’re getting at, sir. After all, this government you represent couldn’t keep a dangerous and clearly unstable individual–the former Scoutmaster Barstowe–from gaining access to an extremely sensitive facility such as Camp Prospero. Your hypothesis stems from the preconceived notion that the government, as a bureaucratic body made up of adults, is naturally more equipped to handle uncertain situations. I believe history–recent and otherwise–has proven the opposite. Therefore, the premise of your argument is a falacy.

I: And that, Mr. Cho, is extremely convenient. Are you saying that, if ordered, you would refuse to part with your technology?

I: Then what are you saying? Mr. Cho, we in the BMA believe studying your gauntlet and its manufacture may be the key to a whole new step in human evolution. Imagine giving mundanes like you and me the same powers as the wizards among us? Creating an even playing field where equality can truly flourish. You would deny us that? What does logic and reason say about that?

LC: I understand your point, sir, but I am forced to disagree. I have it on good authority that my technology falling into any other hands could be disastrous for national security, and for all of humanity.

I: [glares] And what authority is that, Mr. Cho?

I: Jack Ferguson is unstable, Mr. Cho. Read my report yourself. [rolls eyes] If you haven’t already, that is.

LC: Sir, last year, Jack experienced a temporal anomaly that allowed him a glimpse of the future, where my inventions had run amok and threatened to–

I: Yes, yes, I know. It’s all in the report. Which doesn’t make it any less of a crock. Explain to me, Mr. Cho, how someone like you, with a mind focused on science and logic, can believe the ravings of a disgraced and disgruntled scout about traveling through time–something the BMA’s best wizards have proven to be impossible.

I: That’s not good enough. Will you give us access to your technology, or not? And don’t forget, there are penalties for obstructing and jeopardizing national security. Severe ones.

LC: However, I should warn you that I build every one of my machines with extensive security and self-destruct protocols to prevent tampering, or use by anyone other than myself. Additionally, should anything happen to my friends or family, I’ve built a simple AI that monitors government communications and social media that will activate a dead-man’s protocol and wipe all the Bureau’s servers. That’s a lot of valuable data, but when making leaps of knowledge, it’s sensible to take precautions. I’m sure you understand.

I: [pause] I think you’re bluffing.

LC: [shrugs] That’s your prerogative, sir. I could be lying, but I could also be telling the truth. It’s a simple problem: 50 percent chance. Given how strongly you want what I have, those are acceptable odds. I would certainly understand if you risked it.

I: [sighs] You have an answer for everything, don’t you, Mr. Cho?