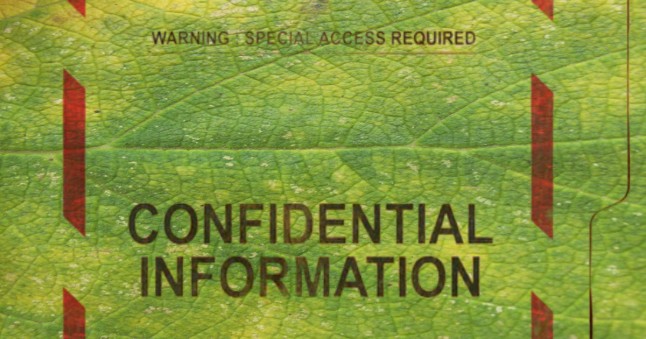 The following report and its contents are classified TOP SECRET under Federal Code 7906-A. The information contained within is the exclusive property of the United States Department of Defense, The Bureau of Magical Affairs, and its branch offices. Any unauthorized release will be prosecuted to the fullest extent of the law. Interviews conducted by professional staff for the purpose of determining the mental status and fitness of key training camp personnel.

INTERVIEWER: [massages forehead] What’s that? We’ve got HOW many more of these to do? Ugh, fine. Let’s just get it over with. I swear, all these children are giving me a massive pain in my–

MAYA SCOTT: Hi there! [waves] I guess was supposed to come talk to you? Everything okay?

I: Oh, umm–Miss Scott. Yes, please take a seat. My apologies. I didn’t hear you come in. I’m fine, thank you. I was just–well–conferring with some of my colleagues.

MS: Sure, no problem! What did you want to talk about? Ask away. I’m basically like an open book. Everybody says so. My brother thinks it’s kind of annoying, but it’s okay. I love him anyway.

I: Right–hmm. I must say, your attitude is a refreshing change of pace, Miss Scott. Many of your fellow scouts have been–how shall I put this–uncooperative.

MS: Really? Gee, I’m sorry about that. But it’s okay. I’ll talk about whatever.

MS: Yep, that’s him! He’s, like, my favorite person in the whole world. I want to be just like him someday. He’s the best brother a girl could ask for.

I: Uh-huh. Would that include all the charges of conduct unbecoming a scout, misuse of magic, disrupting the peace, and underage consumption of alcohol?

MS: Well, Leo says that was all from Scoutmaster Hasselberry. [leans forward] I mean, I don’t mind him, but between you and me, I don’t think he likes any of us that much.

MS: Oh, it wasn’t hard or anything. I kinda liked it!

MS: Yeah, it was pretty cool being able to do all those awesome things with it. Like, I could make a tree grow right up out of the ground like that! [snaps fingers] But I can still do those same kinds of things now, just a lot slower. It’s no big deal. I mean, I don’t think Leo would’ve even liked it anyway. He never wants to be in charge of anything. And my parents say I’m the responsible one. I don’t know if they–

I: Miss Scott, let’s revisit what you were saying about the Druid Staff. You mean when you gave it up to Jack Ferguson, you didn’t feel any kind of resentment or attachment? For many people, giving up that kind of power would be quite difficult.

MS: [shrugs] Maybe, but it’s fine. Jack’s a good guy. He knows what he’s doing. And besides, he needs it way more than I do. I’m fine without it. I just like to make the flowers grow. [smiles]

I: And you’re sure you don’t feel any kind of after-effects? Our scientists have been studying the available material we have on the power of the Spear and their conclusions have led us to believe even the individual pieces could possibly have a tremendous psychological effect on their holder. This could include symptoms of–

MS: Nah, I’m fine. Really! Jack has the pieces. You can trust him. And I don’t think he even carries them around anymore. I mean, without his magic, there’s not really a point. [sighs] That whole thing sucks, though. I feel really bad for him. How come you guys are so worried about the Spear anyway?

I: [frowns] How can all of you keep asking that? It must be obvious even to you that we can’t allow a weapon as powerful as the Spear of Destiny to remain in the hands of–of a– [groans] You know what? Fine, I’ll say it: a group of irresponsible, maladjusted minors whose backgrounds are suspect and motives are highly questionable. It’s imperative that I get to the bottom of conditions at Camp Prospero, and none of your friends have made things any easier.

MS: I’m sorry about that. I mean, they can kind of be a tough group to get focused. I know my boyfriend says their brains all together would make a shoebox look big, but he’s just joking around. It’s Drake. Masterson? You probably talked to him already, right?

MS: Yeah. [sighs] He’s dreamy. I mean, I know he can be a little tough to get to know, but once you do, he’s actually a really good person. He just doesn’t let people in that easily.

I: I’ve–gathered that, yes. But just to make sure I haven’t misunderstood, you would classify the two of you as–romantically involved?

MS: Well, it’s not a “traditional” relationship, you know? Not like any other one I’ve had, anyway. But it works, and we’re happy.

I: “Happy” isn’t a word I would associate with Mr. Masterson in almost any sense.

MS: You just have to get to know him better, that’s all. Then he might even sing for you! Did you know he’s a really great musician?

I: Music? Singing? I–my God, what is that even–no, I don’t have time to process this right now. Miss Scott, going back to the subject of–ugh. I think my migraine might be coming back again. [rubs head]

MS: Ooh, yeah. I’m sorry. I used to get those too, all the time. That was before I started meditating and using my crystals and stuff. Now I never have to worry about it! Tough day?

I: You have no idea. Getting verbally abused by a series of unbalanced magically-capable teenagers is certainly not my idea of a good time. I can’t believe my time at the Bureau has only amounted to this. I thought I would be much further in my career at this point, you know.

MS: Really? That must be tough. Why do you think that is?

I: [shrugs] I’m sure I have no idea. I thought I was doing everything right to move up. I iron my shirts every day. Butter my bread on the same side. Suck up to the right bosses. But still, it never fails: I get handed the assignments no one else wants. Do you think Dietrich was in danger of pulling this detail? Or Simmons? No, because they’re the office favorites. It’s not easy to compete with money. Curse my loathsome upper-middle-class upbringing.

MS: Was it your family? Were they hard on you? Because I totally get that. My brother and I don’t always get along, either, but at least we still know we love each other.

I: Oh, that’s not it at all. I was a perfect child. I always kept my school uniform tidy, I raised my hand just enough in classes to show I was paying attention but not enough to be labeled a show-off, did my homework the day before it was due instead of the morning of–but none of it made them pay attention to me. I suppose they were just too busy with their jobs. Father was in charge of the BMA Records Division, and mother was a personal secretary to one of the Joint Chiefs of Staff. Growing up in Washington certainly has benefits–I never lacked for connections, and my education was excellent.

MS: But what about your connection with your parents? Didn’t you miss that? I know my parents and I are super close. I don’t know what I’d do if I didn’t have them to talk to all the time.

I: [scoffs] They never had time for me. It was always “I’m doing this” or “I need to pay attention to that” or “Randall, turn that damn TV down so I can hear the vice president on the phone.” I swear, sometimes I wanted to take that stupid phone and shove it right down their– [watch alarm beeps] I–oh. It seems we’re at the end of our session, Miss Scott. I apologize. I think I may have gone on a bit of a tangent there.

MS: It’s okay. Everybody tells me I’m easy to talk to. Feel any better?

I: [sighs] You know, I rather think I do. Will that be all, Miss Scott?

MS: [smiles] Yeah, I think we’ve about covered it. Hope you have a great day!